Don Schechter is the Owner of Charles River Media Group, LLC, the President of Pizza Baby Films, Inc., Writer/Director of The Ascendants, Video Director for TEDx Cambridge, and a Professor of the Practice at Tufts University.

At Charles River Media Group, Don oversees all projects and works as a director, producer, and editor of television, film, corporate, political, and non-profit communications.

As President of Pizza Baby Films, Don provides resources aiding in the production, financing, and distribution of independent short and feature films throughout New England including the promotion of The Ascendants.

Don is currently a Professor of the Practice at Tufts University from which he holds a Masters Degree (Music Composition and Theory) and a Bachelors Degree (Media Arts and Technologies, Music.) He has taught classes including “Making Movies,” “Producing Films for Social Change,” and “The History of Documentary: From Nanook the Real World.” He is currently teaching “Filmmaking I and II.” 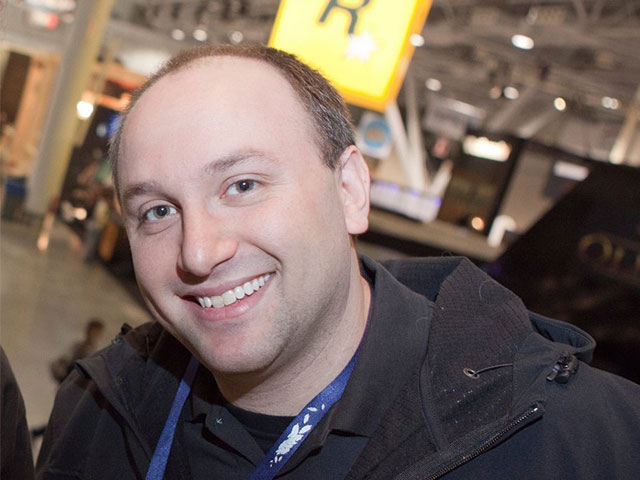 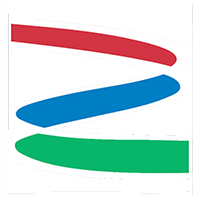 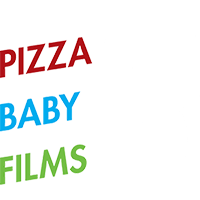 Pizza Baby Films, Inc. aids in the production, financing, and distribution of independent short and feature films throughout New England. 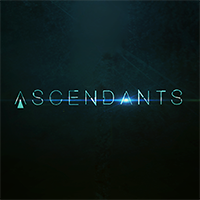 The Ascendants is a science fiction multi-platform endeavor that includes a book, anthology of short films, and pilot script. 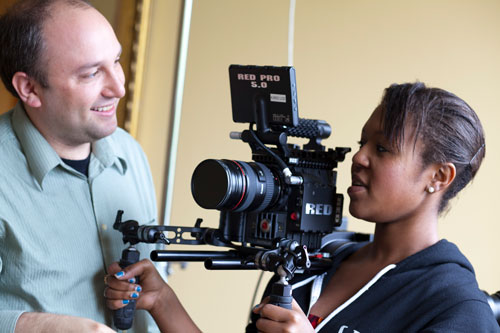 Don has been involved as a consultant and lecturer for Tufts University for over a decade, teaching classes and workshops for the Tisch College of Citizenship and Public Service, the Experimental College, and is currently a Professor of the Practice, teaching for the Film and Media Studies program.

Charles River Media Group is a filmmaking collaborative. Check out this “about us.”
Don directed this thirty-second commercial for Appliance Zone that ran nationally. The crew and actors had a great time figuring out creative ways to portray “broken” appliances.
This is a behind-the-scenes video of a day on the set of The Ascendants Anthology.

Don scored the entire Ascendants Anthology series including this track from Raven.
Don scored the feature film Marranos. Listen to his favorite track from the score – the heart wrenching “Shabbat” scene. The entire score can be found here and the film here.
Lots of live recordings from 2000-2003 found here including this fifth and final movement of Don’s choral symphony “Storm.”

In the near future, proof of the afterlife creates a corrupt dystopia.

Ascendants is a multi-format project. We are garnering interest in selling a script as a pilot for a scripted series or trilogy of films by both creating an anthology of short films set in that world and a novelization of that script. Each short in the Ascendants Anthology explores a different aspect of the life created by the discovery of Ascension – and each film takes place at different key historical points.

To learn more about The Ascendants, visit the official website here. 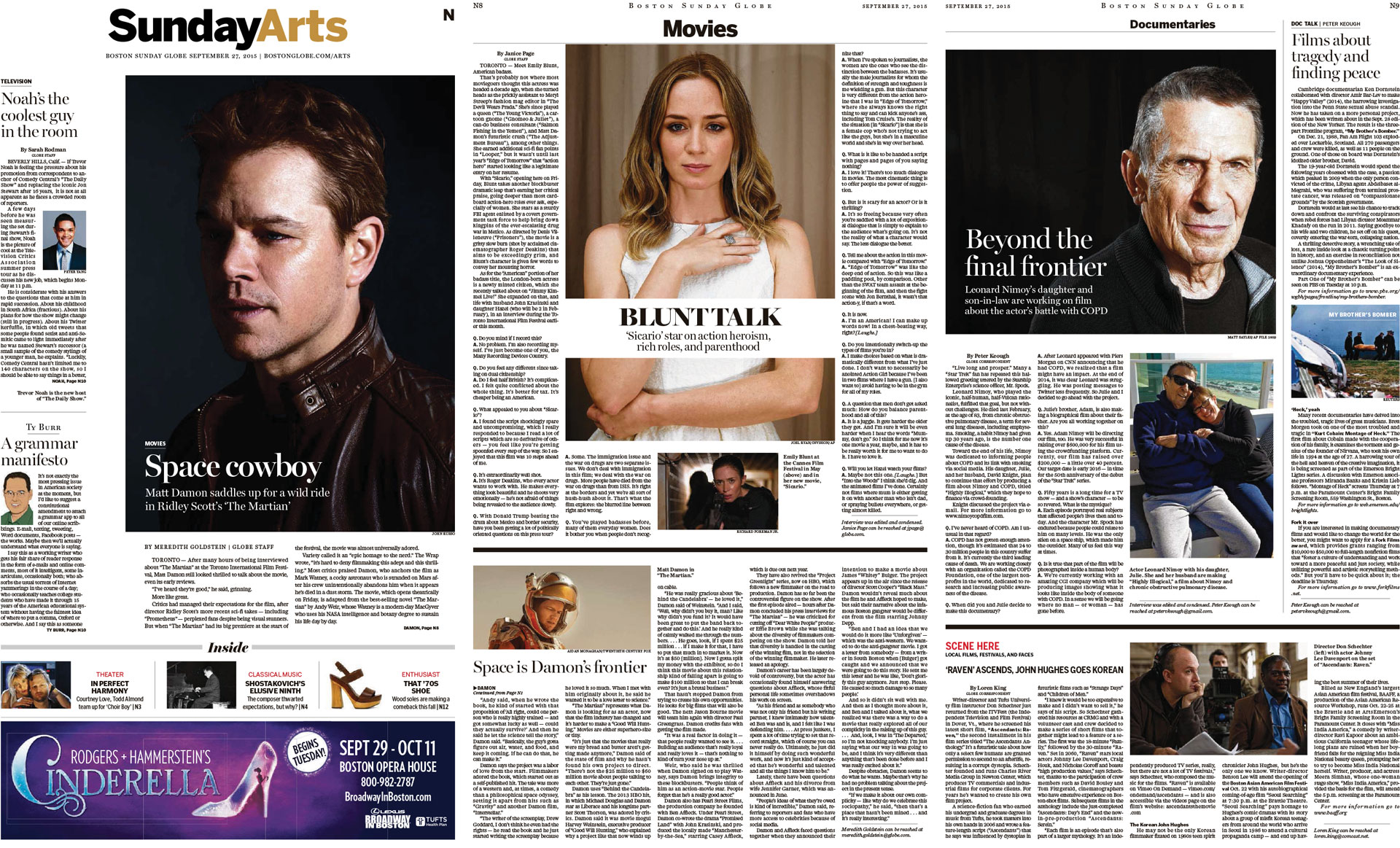 Click above to see Ascendants featured in the Boston Globe. 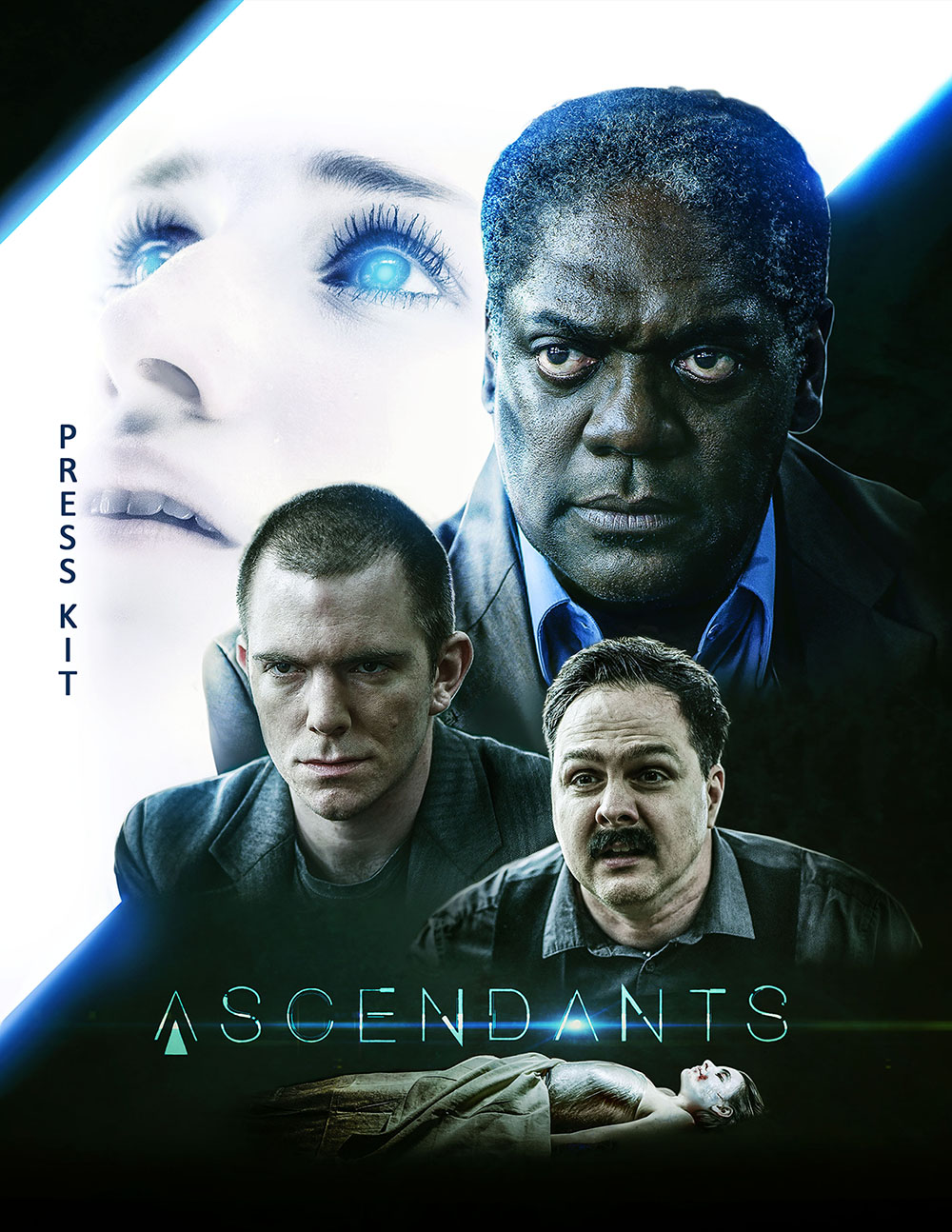 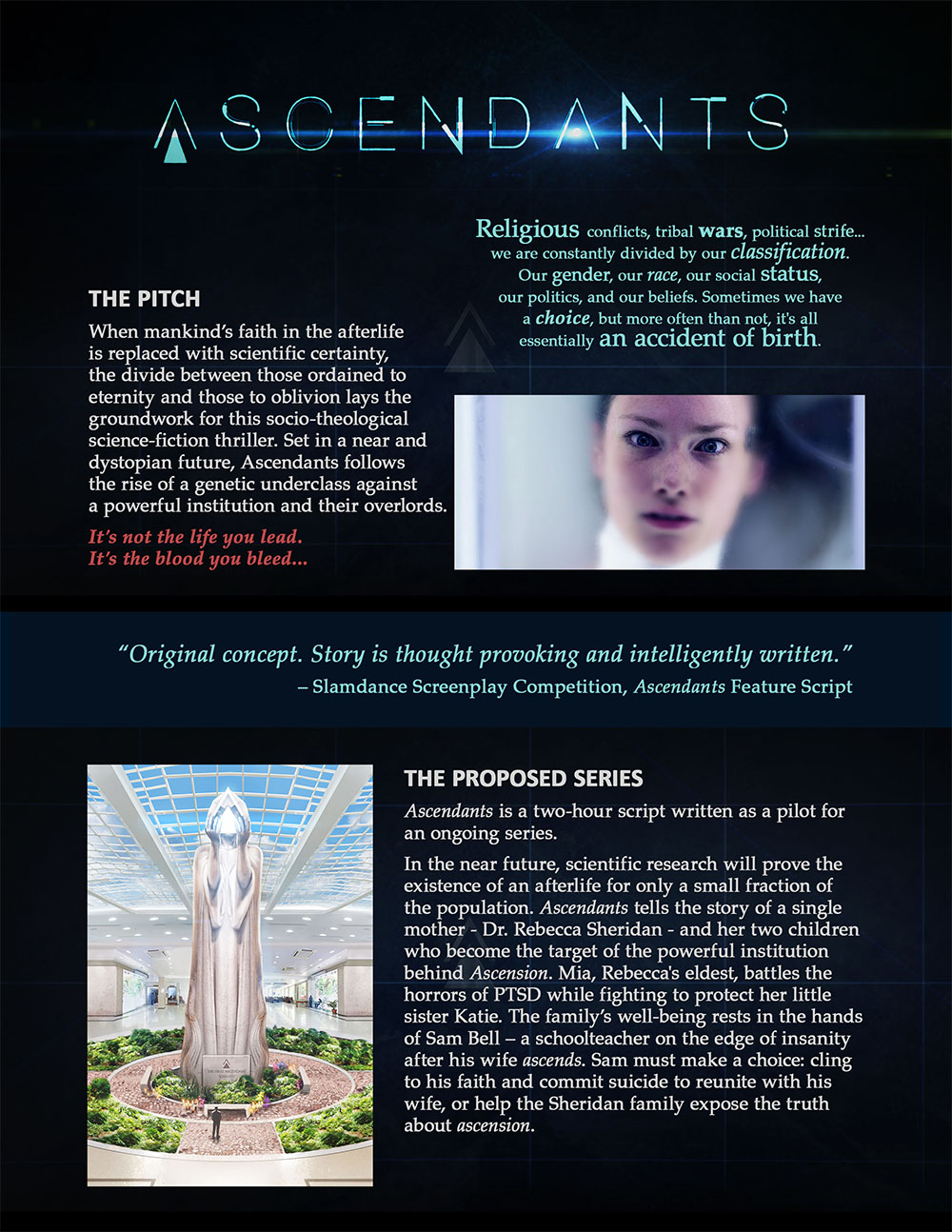 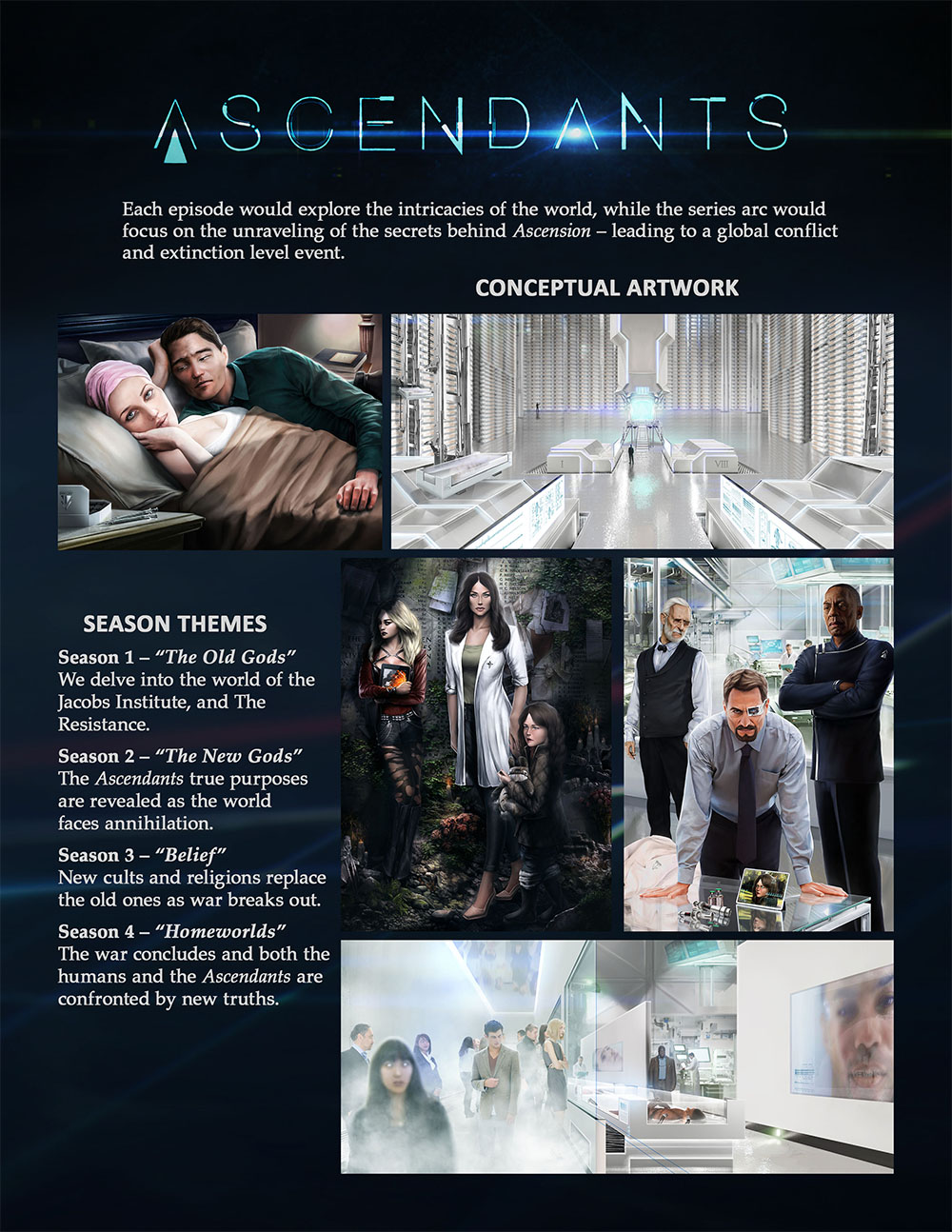 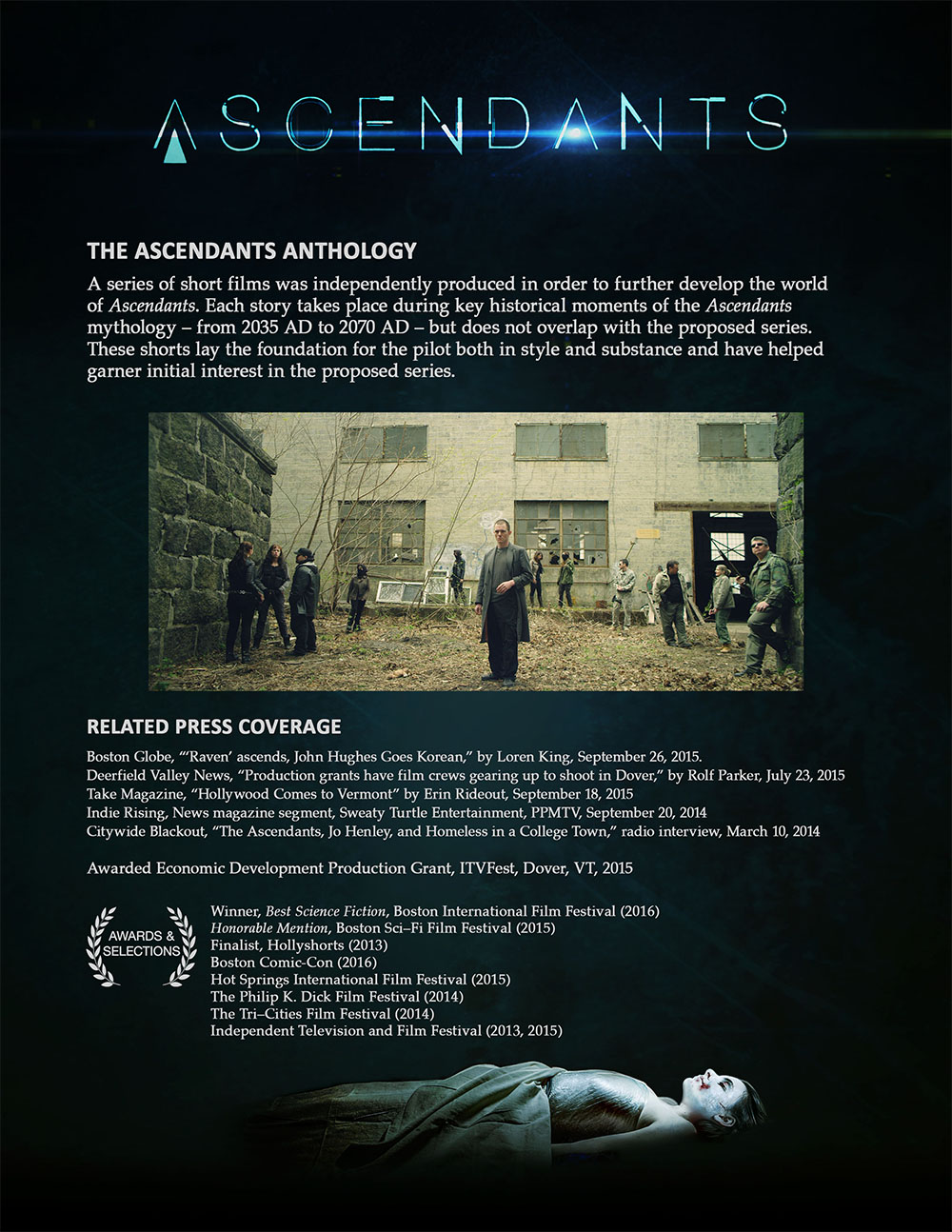 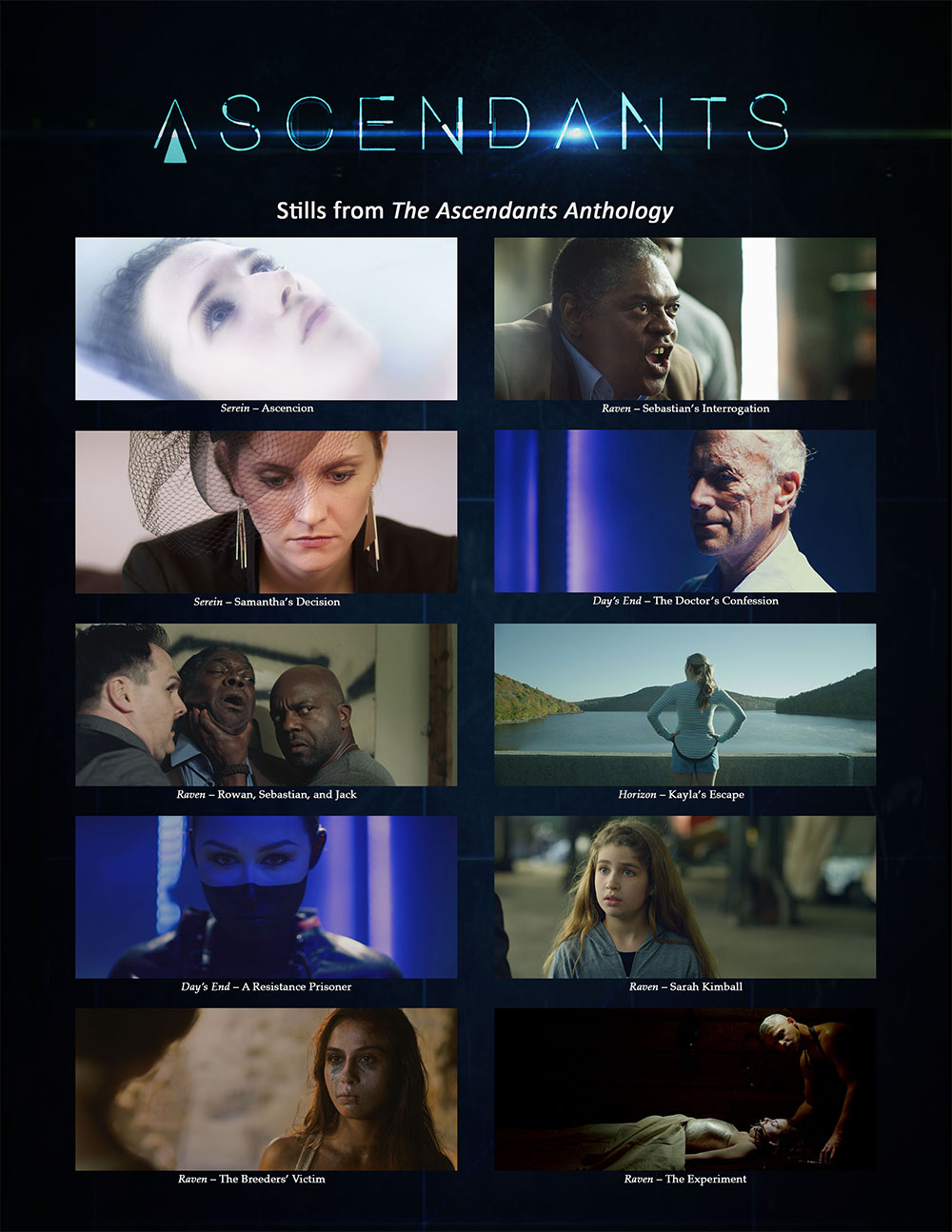 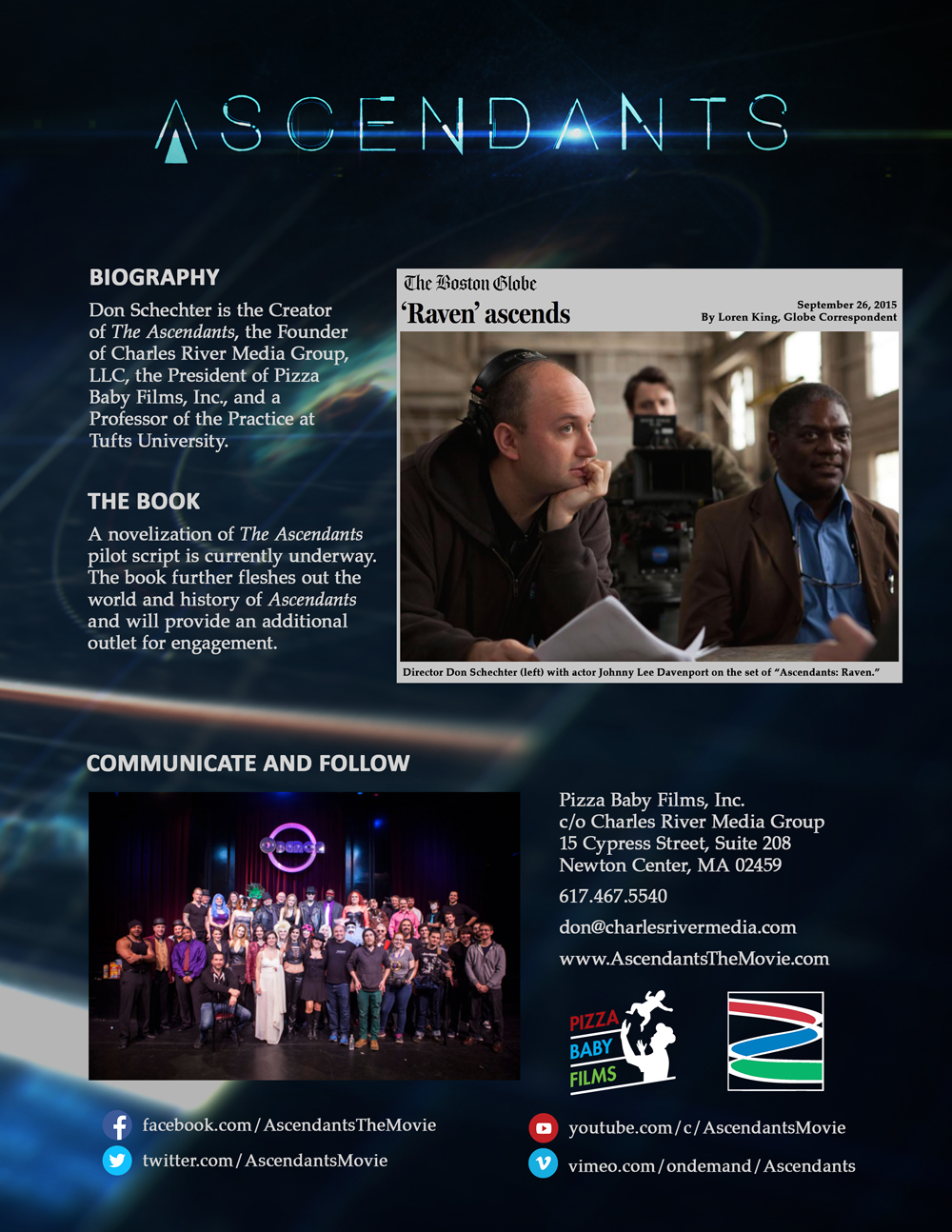 Click on the image above to scroll through the press kit.

Check out a handful of videos on CRMG’s Wistia page here:

Don Schechter made an appearance at Boston’s Comic-Con to screen the Ascendants Anthology.

Charles River Media Group recently filmed a first pitch at Fenway. The crew had a blast on the field!